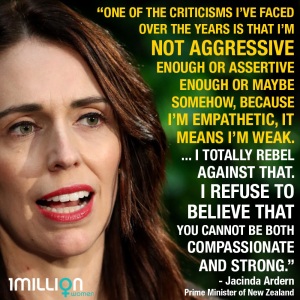 The week before we left our home in Livermore to move to the North West, a raven began hopping around in our front yard. That was seven years ago next month.

It was a sign, I thought. Raven is the wolf bird. Raven follows wolf. Wolf is my spirit animal. She really is. I even had a dog that was part wolf.

Now, ravens have taken up residence in the back part of our property here in Sequim, nesting in the majestic evergreen trees that occupy the back 40, as I like to call it.

I think they are ravens. Though they might be crows. When I Google to find out how to tell the difference, I get results like one has tail feathers that create a diamond shape. I have yet to have any stand still enough for me to discern the shape of their tail.

The main difference the results reveal is that ravens are bigger than crows. Which of course begs the question, how big is a crow?

May 9th will be the 11th anniversary of the Writing Shed. I have not been constant in writing blog posts. I go long periods without writing one, then dip into my well of words and out comes a blog post.

So why now? Why today?

I actually started this blog about a year ago to commemorate the 10th anniversary of the Writingshed. It’s been hovering ever since.

When this is over, people say. But no one really knows what “this” is or when it will be over or how we will know it will be over. This pandemic, this microscopic organism that has us perplexed. You can’t reason with it. You can’t negotiate with it. It has no language, or at least not one we can speak or hear or translate.

It is just going about the business of being itself with no regard to who it is doing its business to as I wait . . .

A couple of days ago, I picked up a book I’ve had in my Writing Shed for a number of years, “The Celtic Book of Living and Dying,” and began reading, feasting on the beautiful illustrations of Celtic art, drinking in the information. The art affects me much like the art I see up here on the North Olympic Peninsula. Art that has a sense of being, rather than completion.

So, maybe that’s the answer to why today—this sense of waiting is a sense of being, not knowing, not having enough information to know, not knowing when the knowledge will come, or even knowing what I am waiting for.

Life’s journey, the book says the Celts believed, is one of moving from innocence to knowledge, from vengeance to forgiveness.

It is humbling to know the power of a microscopic organism. It certainly shakes one out of innocence. For years I wanted to reclaim the innocence I lost when I was molested by my grandfather and uncle. I longed to be the girl who climbed on her uncle’s lap thinking he asked me to do that because he loved me. This was a family who ate long, slow lunches together after church on Sunday. Who was relieved when the polio vaccine saved us from the terror they felt when Spring arrived and the images of rows and rows of children in iron lungs began appearing on television—in their living rooms.

They wanted to protect me. Perhaps they knew the virus that was a part of my family, perhaps they didn’t.

It came over me like a revelation, I don’t know when or how, that innocence is never something that can be restored. And that the opposite of innocence is not cynicsm, but rather experience. And with experience comes knowledge.

There are people in the world who just go about the business of being themselves without regard to who they are doing business with, or its effect on them. Much like a virus.

That’s good information, good knowledge, to have. It’s actually good wisdom for the heart. It helps you protect it when those around you don’t or can’t see the danger.

I’m not even sure where I’m going with this today, except that I feel like we are experiencing a cultural loss of innocence. We are not the center of the universe, we are learning. We are not omnipotent. There are microrganisms, as well as other humans, out there who are just going about their business of being themselves without regard to, or concern for, their effect on others.

Up here where I live in Sequim, there is a force that has arisen—people who are sewing and sewing and sewing masks. These masks are the ultimate acknowledgement that we have an effect on each other—I wear a mask to protect you from me—as we journey through this pandemic.

I can’t sew my way out of a paper bag. I confessed that on a Facebook group, and within a day, a woman I have come to know through Facebook had delivered two homemade masks to my front door. Another wrote me to let me know she could make some for me.

As I wrote this, it swept over me like a revelation that these gracious gifts of kindness were the medicine I didn’t even know I needed.

As much work as I have done to understand, cope with, rise above that early betrayal, there still lingered in my soul a memory that seemed to say, you don’t matter.

Linda Klinefelter and Robi Andison, your offers of homemade masks made me feel like I mattered. It was the medicine my soul didn’t even know it needed. I can’t begin to tell you how much my heart has been opened up by feeling that I matter.

The simplicity of knowledge.

I’m sure there is more knowledge to be revealed as I wait through this pandemic. One never knows when something like this is over, until long past it has been over.

Because I started this with ravens, I read about their role in lore across cultures. One of their roles is to dive into the darkness to find light and bring it out.

I think many of us are feeling a bit lost and wandering (and wondering) in the darkness that comes with this waiting without knowing what we are waiting for.

I don’t think being compelled to use this time to learn a new language, clean out that garage, learn a new skill or whatever is called for.

Instead I think we can be the raven willing to dive into the darkness to find the light. We will need this on the other side of this bout with a microscopic organism when we need to rebuild a society that has become sick with greed —that considers empathy a weakness.

Shakespeare allegedly wrote King Lear during his time of quarantine during the plague. He could not have done that if he hadn’t been willing to dive into the darkness of the story. The light is revealed in the final verse:

The weight of this sad time we must obey, Speak what we feel, not what we ought to say. The oldest hath borne most: we that are young. Shall never see so much, nor live so long.

One thought on “When This Is Over”

"It began with a drum. Then the monsters came. I've been hiding ever since."