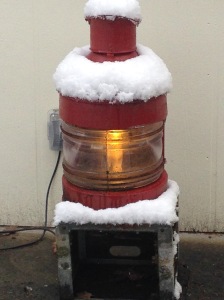 May grace shine its light on us.

I started Writing Shed nearly 10 years ago. I was on a quest to change my story, to live the story that beats with the rhythm of my heart, listens to the sound of blood coursing through my veins, feel the expansion of inspiration and contraction of expiration as I breathe in then let it go.

Pay attention to your breathing that ubiquitous, anonymous “they” say to calm down, establish yourself in the present, be here and now. Be alive. Or maybe, be with life.

I have two friends that died by suicide, Sheila and Sally. They were both determined to die by suicide. They made the decision to not be with life.

Sheila was 36.  She was disappointed that life had not lived up to her expectations, but I don’t know that any of us knew what she expected other than that she couldn’t control its outcome. She wanted to disengage from her husband (who was also my friend), but insisted he remain married to her. She insisted that her friends support her in her view of life, considered it disloyal if they disagreed with her.

I met her and her husband Alan in 1975 in San Francisco when Sheila and I worked at Langley Porter, the psychiatric center of the University of California San Francisco Medical Center. I was a secretary basically. Sheila was a postdoc fellow, studying positive and negative ions. I think the negative ions made things positive. I don’t remember for sure.

Eleven years later, Sheila descended into despair. She moved back to Philadelphia where she and Alan grew up, met, and married. She had worn the long white billowing dress to please her parents, moccasins to please herself.

She blamed California for her despair, claiming that people were shallow and disloyal. But, for whatever reason, she did not find the anchor she had hoped to find in Philadelphia. She found a friend’s gun, but for reasons that aren’t clear, maybe it jammed, she failed to end her life with a gun.

So she got on a red eye to return to San Francisco, spent the flight writing long letters to her estranged husband and a friend, landed, took a cab to deliver the letters, leaving them at their front doors, then had the cab driver deliver her to the Golden Gate Bridge.

The friends called me. For several hours we called and combed the City looking for her. Though she had not said the Bridge was her destination, we called the Bridge to alert them that she might show up.

But, by that time, she had already flown off the Bridge. They let her husband know that someone had seen a woman jump, and that her body had been recovered. I was part of the group that went to the coroner to identify her.

I remember the small article in the paper that said a woman with long dark hair and wearing a brown jacket and jeans had died after jumping off the bridge. How many times I had read such an article. The anonymous nature of a newspaper article about another suicide at the Golden Gate Bridge.

At the impromptu memorial held at my house, my friends despaired over her suicide, wrung their souls wondering what they could have done, the dark cloud of guilt encompassing them.

I comforted them. Then when they left and I was alone, the weight of it all fell on me. I had no guilt to salve my pain. It was clear to me she had made her choice and done it in such a way that no one could stop her. The pain for me was different. She had not found a shadow of or hope for love for herself to make life bearable.  I understood why for her, in that moment, escape from life was her only way out of the pain.

It devastated me, her pain.

Sally’s story was different. She was just a few days shy of 70 when she died by suicide. She had planned it for at least 2 or 3 years. She had told me of her plans over dinner one night, very matter of fact about it. The women in her family declined after 70, she didn’t want to go that way.

She was 68 when she told me that. I decided not to try and talk her out of it, but let her know that if she decided to change her mind, give it more time, that would also be fine with me.

My last dinner with her was in late January, 1994. I knew her birthday was coming up the next week. “Is this goodbye?” I asked as we parted ways outside the restaurant.

“You can’t get rid of me that easily,” she said and smiled. And yes, there was a twinkle in her eyes.

A day or two later, it might have even on her birthday, I received the letter. She had sent it to selected friends. She wasn’t in despair she assured us. She had enjoyed her life, but as good gambler knows, there’s a time to fold them.

Sheila’s and Sally’s stories came back to me when I heard the news about Anthony Bourdain. I’m embarrassed to say that I had only thought of him as one of those celebrity chefs until I heard the depth of grief from his colleagues and reaction of my friends who had been smarter than I had been.

I found eight seasons of his shows on Netflix and began my binge watch. I was fortunate. They had been scheduled to be taken down on June 16th, but fans deluged Netflix with pleas to continue it.

I had no idea who he was. I had no idea that he was such a gifted storyteller, and that he looked for and told stories as he searched for and expanded his own life story. His stories were rich in the quest to discover what it means to be human, and how meals connect us as a human community.

Even given my experience with Sally and Sheila, it is unfathomable to me why Anthony Bourdain ended his life. It’s not so much he had so much to live for, as that there was so much more to taste, so many more people and cultures to explore, so many more stories to discover and tell. He held babies in shows with the comfort of a man who loved new lives. He had a daughter who he clearly saw as a future. And he had recently fallen in love.

One of the most moving moments was when he had dinner in Hanoi with Obama. Is it going to be okay, he asked him, knowing they both had daughters they cherished and who had changed their lives. Obama assured him that though it might be rocky, eventually it would be okay.

I am the age now that Sally was when she informed me of her exit plan. It is not a plan that resonates with me. But I am aware that there is less time before me than behind me, and physically the trajectory is towards decline, rather than upward. It is unpredictable and something to reckon with.

What I had not planned on reckoning with was the dark cloud of living death that has descended over us — Donald Trump. He has the destructive jealousy of Iago, but without the passion. He is a man sick with jealousy of anyone who has an experience of life and love. So sick that he is willing to destroy life, and has the tools at hand to do it.

It feels like the country is heading towards death by suicide.

And yet, there are so many meals to enjoy, food to explore, stories to discover and tell.

It occurred to me yesterday that in deciding to change my story, I have actually found it.

My story is that I tell stories. That I have the courage, when necessary, to look into the darkness, see what’s there, write what I see and experience, and have the patience to see it through to the light. To feel love and write the truth that to love is to be alive, even though we have no control over love’s outcome. To live without love is a living death.

I’m not sure how to get through this next chapter in the story of my country. It looks pretty dark. I wonder if that’s why Anthony Bourdain asked Obama if it would be okay.

But, my story is that I tell stories. And there are so many meals to enjoy, cultures to explore, love to feel and stories to tell.

That’s my way through it. Stories.

Perhaps, Anthony Bourdain’s legacy is he graced us with stories that showed us we were connected by a passion for embracing the grace of everyday living.

May grace shine its light on us to show us the path out of the one this jealousy-fueled, passionless Iago is putting us on.

NOTE: I in no way want this post to romanticize suicide. Death by suicide leaves a hole in the hearts of those left behind. You cannot undo it.