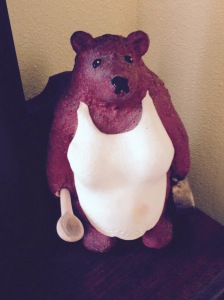 I got inspired to write about feminism after reading the interview page in today’s New York Times magazine. Its subject was Martha Stewart.

Two things I learned from her interview:

She suggests that women make pillows out of their husbands’ old shirts, rather than just turning them into rags.

She doesn’t consider that she is a feminist.

I have often thought that my grandmother was an Oakie Martha Stewart. She put two orange crates together, then sewed a skirt to attach to it to make a dressing table. This was in her new home, the one she set up after she married my grandfather. She was nineteen. The year was nineteen and nine.

I’m sure it was; she very talented.

I’m assuming that the pillows forged from husband’s shirts are shirts from current husbands. Although there could be a peculiar kind of revenge, I guess from turning a former husband’s favorite shirt into a pillow and displaying it on your sofa.

What worries me about that pillow forged from a husband’s shirt is this: Did that shirt go willingly into pillowhood, or was it marched there by the wife who decided that the shirt was no longer something her husband should wear? At what point did the wife look at her husband, sitting on the sofa and think, “That goes with the furniture”?

What say did the husband have in all of this?

I do not understand homes where the woman decides when a husband’s shirt should become a pillow, or a rag, for that matter. I know a woman who will not let her husband have an espresso maker because she likes to have nothing on her counters. Her husband loves espresso.

I don’t get this.

And now for the feminism part.

I get accused of everything from being so feminist that I’m a lesbian biker’s chick to not being feminist enough. I am a feminist, but I am also a progressive, a good cook, a film lover, a writer, a director, a producer. I have relatively small feet. I wear a size six. Or, as the nasty petite girl in high school who prided herself on being tinier than anyone else said when she learned my shoe size was smaller than hers, “You have small feet for a girl your size.”

So I might also be someone who has small feet for my size.

Whatever, none of these things in themselves define me. I am all of the above (though I still don’t know if my feet are small for my size, or just smaller than the average foot size of a grown woman, unless you are in Asia).

I have a problem with the pillow-shirt thing (as well as the espresso maker) because I am suspicious that it has to do with control. We all pretty much feel uncomfortable when we feel we are out of control. We want to know we have some control in our own environment. But, I think it becomes pathological when we need to control others in order for us to feel in control.

That, I believe, is what feeling powerless leads to.

To me, feminism is about owning our own power. I don’t mean this in any kind of woo woo or even political way. I mean that we don’t sacrifice authenticity to being acceptable – to being a “nice” or “good” girl; that we take the risk of admitting what we want, embracing who we are, loving as if it matters, regardless of what the rule book says.

What feminism does not mean to me is that men are the enemies or that women have the right to control them.

Martha Stewart went to jail while Jack Abramhoff was left free to rob people blind. I’m going to go out on a limb and say that sexism was at the bottom of the decision to take Martha down a peg or two, just to show the rest of us what can happen if you succeed.

It concerns me that Martha’s says she isn’t a feminist. It makes me wonder that she might be one of those women who isn’t concerned about rising so that we can rise together. I worry that she thinks that my feet are small for a girl my size, because if my feet are smaller than hers (I’m talking metaphor here; for all I know she might wear a size four), it somehow diminishes her.

I believe that we are all a part of this big confusing soup where we should be trying to figure out how we can make sure there is room at the table for everyone.

I wanted to make sure, as I directed The Vagina Monologues, that it told a story about women; not a story about women as victims. The cast member who raised a question if she thought I was wandering off into male bashing territory was a lesbian; her passionate domestic life was with a woman. She had children (including sons) from a previous marriage – a marriage with a man.

She was not bitter towards her former husband. I trusted her instincts about something veering into male bashing because I think she understood that that kind of rhetoric could damage her sons. Damage them in the same way that women’s souls have been damaged by anger towards women.

She is truly that crocodile mom – the one who carries her young to safety in her strong jaws. She understands that mothering is the presence of primal strength and creation.

I think that once we can own that, struggles over power and control fall by the wayside. And that allows us all to rise together.

2 thoughts on “Small Feet for a Girl My Size: a Mothers’ Day Post”

I find the contrast between monsters and people compelling. So I write stories about it.